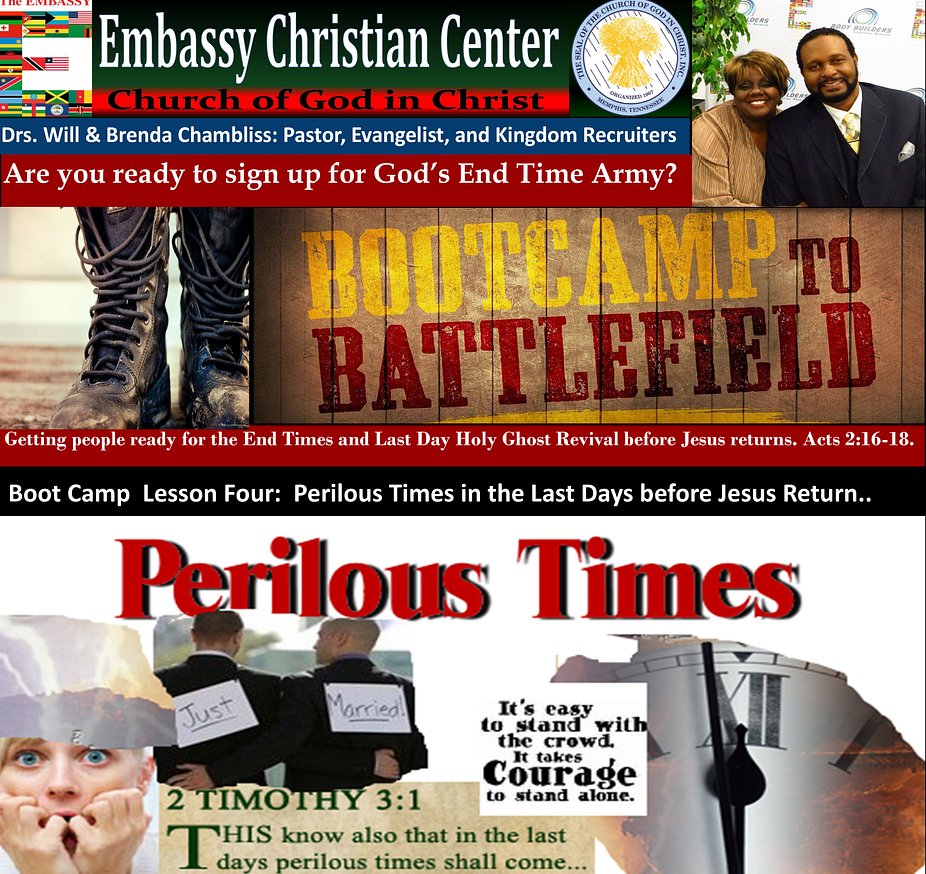 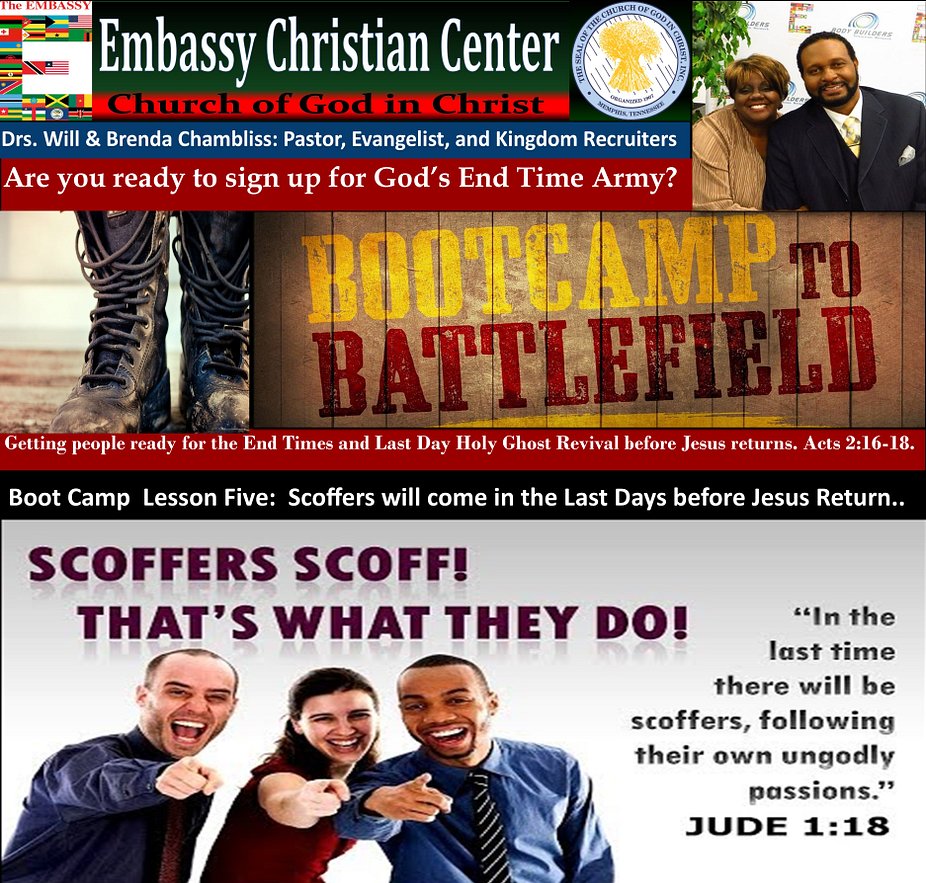 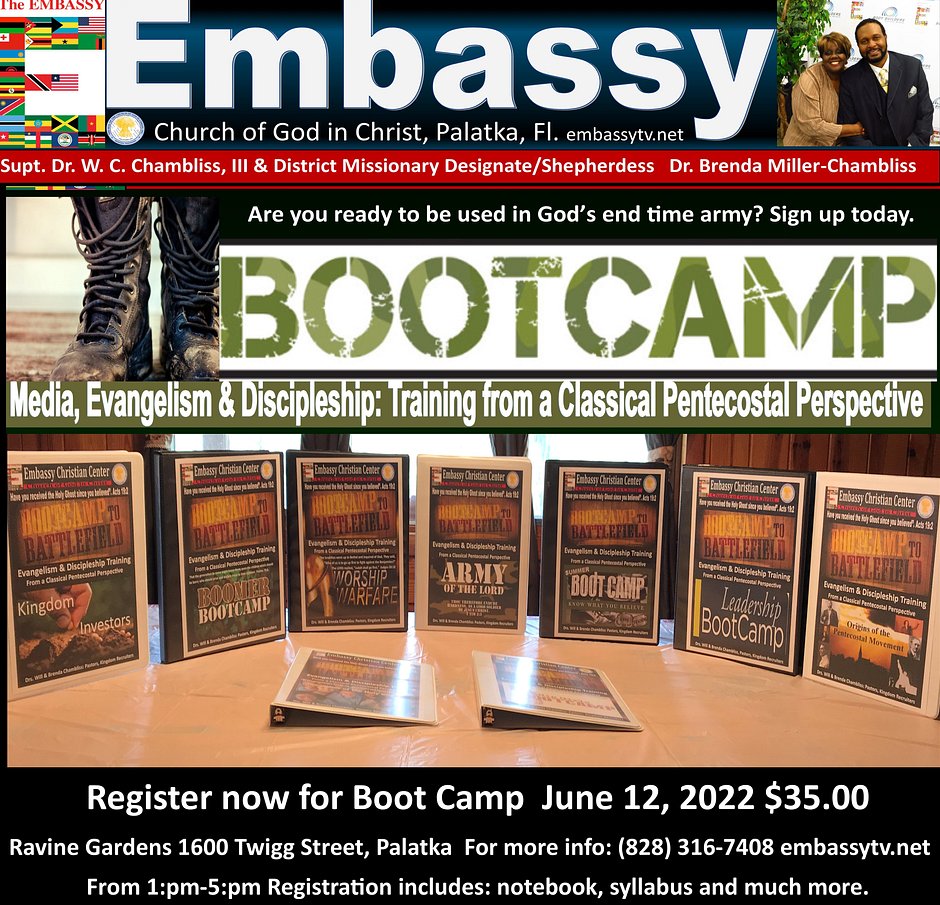 And it shall come to pass in the last days, saith God, I will pour out od my Spirit upon all flesh; and you sons and your daughters shall prophesy, and your young men shall see visions, and your old men shall dream dreams: Acts 2:17

We are in a prophetic time; as we are seeing prophesy fulfilled in the news; in our communities, and yes; in our churches, the House of God.  We are in the last days before Jesus returns. 2 Timothy 3: 1-5 says it this way.

1. This know also, that in the last days perilous times shall come.

2. For men shall be lovers of their own selves, covetous, boasters, proud, blasphemers, disobedient to parents, unthankful, unholy,

3. Without natural affection, trucebreakers, false accusers, incontinent, fierce, despisers of those that are good,

5. Having a form of godliness, but denying the power thereof: from such turn away.

Dr. Will & Dr. Brenda Chambliss sensed a move of God coming when they relocated to the Western North Carolina Mountains in 2012 from Florida. They knew that the stage is being set for a Holy Ghost Revival that will cross all barriers: denominational; economic, geographic, racial and age. Why else would God send two African American Classical Pentecostals to a predominantly 'all white' Southern Baptist region? Because when true Holy Ghost Revival comes, it brings unity that could not be done any other way. Western North Carolina is not united; it has under 12% Black/African-American, Hispanic/Latino, Asian residents and the Qualla Boundary, the territory of the Eastern Band of Cherokee.

Acts 2:17-18 says, "'In the last days, God says, I will pour out my Spirit on all people. Your sons and daughters will prophesy, your young men will see visions, your old men will dream dreams. 'Even on my servants, both men and women, I will pour out my Spirit My spirit in those days, and they shall prophesy. I will show wonders in the heavens above and signs on the earth below, blood and fire and billows of smoke.…  This last day Holy Ghost Revival, like the Azusa Street Revival of  1906 in Los Angeles, California and prophesied in Joel 2:28-32 an Acts 2:16 - 20, we know we will see miracles, signs and wonders, deliverance, and souls that were saved filled and baptized with the Holy Ghost with the evidence of speaking in tongues.

This know also, that in the last days, perilous times shall come. 2 Timothy 3:1

Boot Camp is a Bible Teaching series that is designed to prepare individuals for the Last Days before Jesus comes and End Time Outpouring Revival that will result in the perilious times that are on the way.

Boot Camp is unique in the fact that is written by Drs. Will and Brenda Chambliss and comes from a African American Classical Pentecostal Perspective. Our focus is to see the lost saved;  the saved baptized with the Holy Ghost with the evidence of speaking in toungues;  the backslider reclaimed, and the saints of God stirred, motivated and acitvated to work individually for God in His End Time Army.

Each Boot Camp is a forty session (40) series and includes: